Clinical research on the BCG jab has discovered that it can act to restore the immune response to the islet cells in the pancreas that secrete insulin by resetting the immune system. Scientists are hopeful that repeat doses of the vaccine could actually reverse type 1 diabetes and possibly find a cure for the disease. 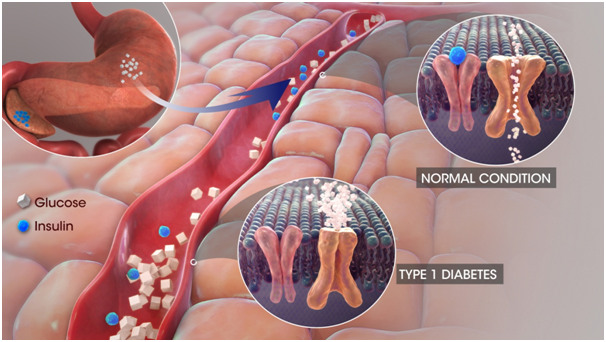 What Is Type 1 Diabetes?

In type 1 diabetes, an autoimmune disease, the body is prevented from producing insulin due to destruction of the cells that produce the hormone. These cells are mistaken for an infection and are destroyed by the immune system. This is why insulin is required to help break down blood glucose and provide energy. Without insulin, glucose cannot be used as fuel by the body and builds up in the blood.

According to Science Daily, researchers at Massachusetts General Hospital have discovered a potential new mechanism in which the vaccine restores the proper immune response to the cells that secrete insulin.

Dr Denise Faustman, who is the principal investigator for the trial, said that repeat doses could trigger a permanent change to Tregs, the genes that restore immune cells. These act as brakes and usually prevent the body from attacking itself in error. It is thought that other autoimmune diseases might also respond in this way.

The interim results, which were presented at the 75th Scientific Sessions of the American Diabetes Association, are groundbreaking. However, this is not the only study to look at the ability of the BCG vaccine to reverse autoimmunity. Research into many aspects of autoimmune disease is being carried out throughout the world by organisations such as http://www.trials4us.co.uk/.

Clinical studies that pay include the new phase-two trial that will be conducted over five years and involves 150 people. This aims to investigate whether type 1 diabetes in adults can be reversed by the use of repeat doses of the BCG vaccine.

Dr Faustman says that the BCG is interesting due to the fact that it involves many areas of immunology, including Tregs, that have been the subject of research for decades. She added that it is incredible to think that such an inexpensive and safe vaccine could perhaps be the key to reversing serious diseases such as type 1 diabetes.

5 Helpful Tips for Online Learning Success
Coffee and health, what do the experts say?