Loss of period, bruxism … The consequences that a strong episode of stress can have

It seems that living stressed is a constant in our days : an excessive workload, concern for problems of a personal nature, difficulties in relationships with family or friends are factors that can trigger episodes of stress that, in turn, are susceptible to cause more serious diseases such as problems with food or even promote episodes of stroke .

Knowing our body and knowing how it responds to episodes of stress can put us on alert to cut the situation that promotes it (or at least try to deal with it in another more productive way) before it is too late. These are some of the most common signs of stress , which can help you identify it and find a solution as soon as possible.

It is a very clear sign that we are under a situation of punctual or chronic stress, and remits immediately when that period of stress or anxiety ends . It usually occurs in middle-aged women even when measures are being taken to make the period work with more regular cycles (taking the contraceptive pill , for example).

The functional hypothalamic or FHA amenorrhea acronym in English is a condition that affects 5% of women of childbearing age and has been studied mainly by Dr. Sarah Berga, professor in the Department of Obstetrics, Gynecology and Reproductive Sciences at the University of Pittsburgh through different studies.

In this case chronic or long-term stress is responsible for the loss of the period that, in addition, can affect the fertility of the woman , as well as the density of the bones (especially if it is not accompanied by good nutrition and of proper training). 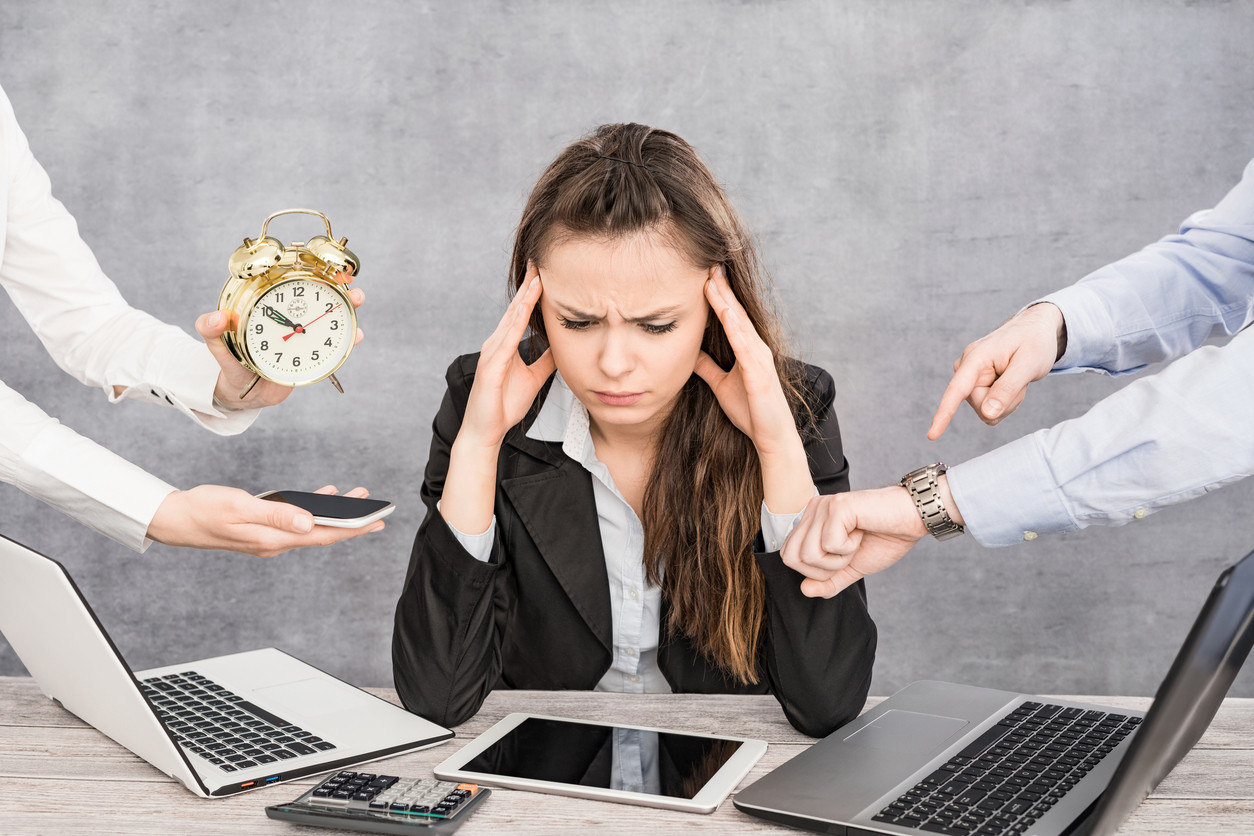 Squeezing the jaw while we sleep or even grinding our teeth, the movement disorder related to sleep known as bruxism , is quite common among the population. When situations of stress or anxiety occur, bruxism may appear as one of the symptoms that something is not working well and we must approach it from a new perspective.

We must be aware that bruxism is not a pathology in itself , but rather it is a symptom of another problem, which is the one we must attack in order to be able to solve the fact of squeezing or grinding our teeth at night. This is important because it can cause other more serious problems such as tooth wear or breakage of teeth, as well as headaches and muscle pain when we wake up.

Personally, the signal that the stress situation is getting out of hand is starting to suffer from diurnal bruxism, also known as waking bruxism , without realizing it. In this case the grinding of teeth or tightening of the jaw also happens during the day without us being aware of it: we usually realize when the time passes and we begin to feel discomfort in the neck, back and jaw.

Loss of muscle mass and increase in fat mass

Episodes of continuous stress can also contribute to ** generate a loss of muscle mass and increase the percentage of our fat mass **: just the opposite of what we are looking for through a healthy diet and regular training.

The culprit of this, according to a study published in 2005 at the ACSM Sports and Fitness Journal , could be cortisol : a steroid hormone that we produce in our kidneys. Among the functions of cortisol is that of the regulation of the energy of our body: cortisol is that it decides the energy substrate that we use at every moment (proteins, fats or carbohydrates) and we generate it through different means such as physical exercise, fasting or stress.

According to the study, in situations of stress cortisol could mobilize proteins to obtain energy, thus causing the loss of muscle mass and increase in fat mass of which we spoke. In addition, according to this other study of 2006 , stress could also influence when suffering from metabolic syndrome , which encompasses a series of metabolic disorders and can lead to heart problems.

One of the most serious consequences of a period of punctual or chronic stress may be suffering a stroke or stroke , rather than stroke itself, by the consequences that may have for our body.

A stroke in the brain is the equivalent of an infarct in the heart approximately: it can be a hemorrhagic stroke , in which a vein or artery is broken, or an ischemic stroke , in which the access of the blood to the brain is difficult due to an obstruction. In both cases the stroke appears suddenly as a result of non-modifiable factors (age, sex, genetic inheritance) and other factors that we can modify (weight, sedentary lifestyle, cholesterol). Among these last factors is stress.

According to this study published in the Journal of Neurology, Neurosurgery and Psychiatry , the risk of suffering a stroke increases due to high levels of stress at work , usually related to pressing deadlines or the need to face unpredictable situations that place us in an anxiety situation.

‘Aurora Train’, the best way to enjoy the spectacular northern lights in Alaska
When the client is the king but does not know