Patent Pending: 6 Necessary Steps to Holding On To Your Inventions

As a way to hold onto your most cherished ideas, patents can be an important step towards placing your inventions on the fast track to success. But to reach your goal, however, it is also necessary to make sure that your patents are protected. Here are just a few ways to make sure your patents bring you joy and satisfaction over the course of many years to come.

1. Be Careful with the Internet

Few people in creative industries realize how prevalent plagiarism is and has been over the last twenty years as access to others’ ideas becomes easier than ever. In the arts, plagiarism is an especially common problem when ideas are constantly shared by other people in galleries and schools. With the prevalence of the internet, inventors should beware of placing their ideas in public forums or other places where they can be taken advantage of. Unscrupulous competitors can often use internet sites to steal ideas without an inventor’s knowledge, leading to costly legal battles when their version of an idea is placed on the market. And that can bring development of a dream invention to a halt. 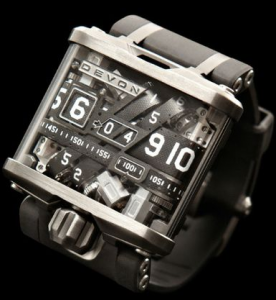 2. Keep Ideas to Yourself

One of the best assets an inventor can have is a small group of trustworthy friends. While it may be tempting to get feedback on your ideas from people you don’t know, sharing thoughts too widely may be a recipe for disaster. Above all else, make sure your invention can’t be stolen.

3. Be Sure to Patent Everything

Even extraneous details in a patent may take on importance later in development stages that an inventor can’t predict. This is why it’s important to keep track of every part of an invention: Competitors may take something minor from an invention that may not even seem relevant to the bigger picture, for example, but which has applicability to a competitor’s product. Indeed, the new HBO comedy “Silicon Valley” bases its storyline on the theft of a compression algorithm for computers that is such a basic part of an inventor’s idea that he forgets to protect it.

With so-called “patent trolls” making an appearance in the digital age, developers will want to make sure that their idea isn’t rehashing something a company or individual has already created solely to sue new developers with. By ensuring that your idea is totally original and protected, you can guarantee the best possible means to give a new invention a chance at success.

Though it might seem like a given, physical security is one of the most important aspects of protecting your innovations. The most extreme measures can be taken to protect innovations through internet security, but a lack of physical security can prove the most dangerous. Consider storing important items or data in safes. Giving any access to others can prove your vulnerability. Consider using gates or chain link fences around your building facility to discourage intruders. The simplest measures will prove to have deep impact on the security of your personal innovations.

While attorneys can be expensive, it may be a good idea for inventors to be in touch with a lawyer they respect in case legal action is necessary. Most lawyers will offer a free consultation on their services, and inventors should take advantage of this opportunity to have potential representation with someone they trust.

For these reasons, keeping ideas safe is a great way to make sure you are rewarded for your work. While keeping patents might seem stressful, the truth is that with a little bit of work, protection of ideas will be the best insurance policy you’ll ever have.

Trading Tips: Metatrader4 (MT4)
When You Should Outsource Your IT Management Work