Beautiful sculptures can be seen all over the world and not just in art galleries and museums either. Outdoor sculptures can be found in city centres and public parks. The history of sculpture has long been overshadowed by the importance that was placed on paintings as a superior art form. However, sculpture deserves to be recognised and celebrated as it was most likely the earliest form of human expression. Here are some of the most famous:

The Venus of Willendorf is one of the oldest known sculptures still in existence. It is only 4 inches tall and could be an ancient symbol of a fertility goddess. It was discovered in 1908 in Austria and is a carving of a large breasted naked woman dating from around 28,000-25,000 BC. From the old Stone Age to the 21st century – why not consider installing your own work of art? For stunning pieces of Corten Metal Sculpture, visit http://www.afsculpture.uk

One of the most famous sculptures from Roman times is the Laocoon and His Sons. Dating from the 2nd century BC, it was discovered in Rome in 1506. It was moved to the Vatican and can still be seen there today. The myth surrounding the sculpture is that a priest and his sons were killed by sea serpents sent by the God of the Sea, Poseidon. Originally, the impressive piece stood in the palace of Emperor Titus and is thought to have been the work of three sculptors from Rhodes.

The stunning limestone bust is thought to have been created in 1345 BC and was found in a workshop in Amarna, Egypt owned by sculptor Thutmose. The bust is remarkably preserved and viewed as an icon of female beauty in the art world. It has raised many questions about our understanding of ancient Egyptian art as it features layers of stucco plaster, unlike other art found at that time.

So much art was created during the Italian Renaissance but the one sculpture that stands out is Michelangelo’s David. Originally, the sculpture was part of a larger project to decorate Florence Cathedral and work began on the iconic statue in 1464 by Agostino di Duccio. For two years he carved out a huge marble block before coming to an abrupt stop that is a mystery. For a quarter of a century the marble lay untouched until Michelangelo began work on it in 1501. On completion, David was so heavy he couldn’t be placed on the roof so was displayed outside the Florence Town Hall. 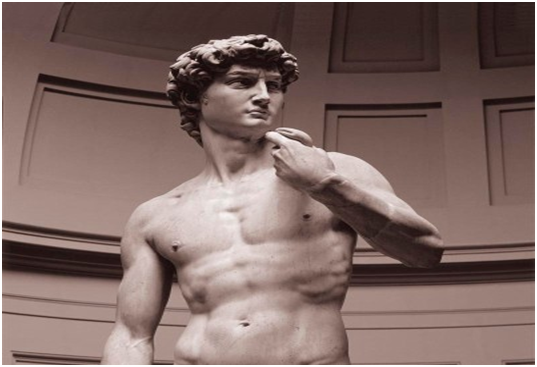 Rodin’s The Thinker is one of the most iconic sculptures from the last century. Recreated many times since, the piece was originally designed for a doorway surround entitled ‘The Gates of Hell’, inspired by Dante’s famous poem. The original sculpture of the man poised as if reading poetry can be seen in the Rodin Museum in France.

This world-famous grand statue stands at the Lincoln Memorial in Washington DC. It weighs 170 tons and was created by Daniel Chester. He made several miniature clay mouldings before deciding on final design and the full beauty was unveiled to the public in 1922. 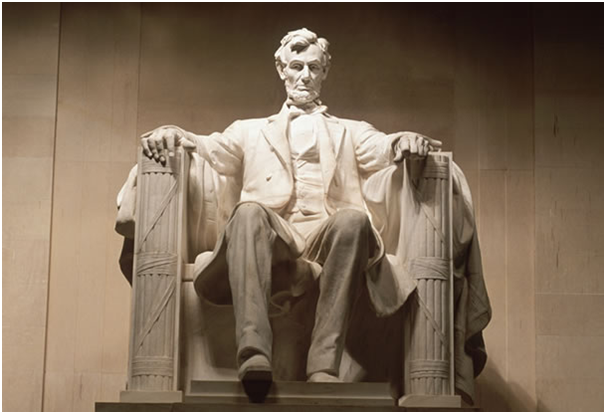