Hooray for the Tray!

You may not have ever given much thought to the humble tray, but it’s been playing a major role in catering and cooking for a very long time. Here we look at the various different trays from across the globe and what they have been made of:

Modern trays are commonly plastic or wood and seen in restaurants, fast food outlets and serving airline meals during flights. Cushioned trays can be used in the home for eating, reading, writing or crafts with the technology available now to add personalised details and photos to the acrylic top. If you’re looking for a useful and unique gift, then look at the Personalised Lap Trays available at personalisedlaptrays.co.uk 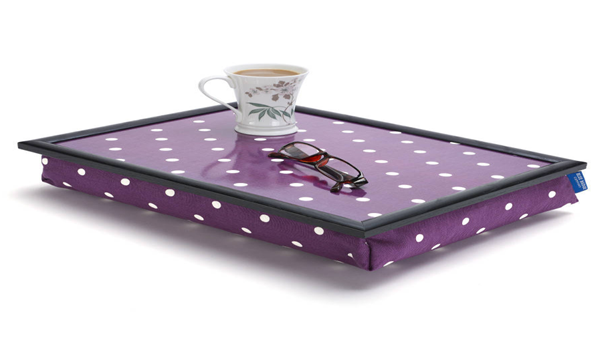 One of the oldest trays in the world can be found in the Hunterian Museum in Glasgow. It’s an Etruscan earthenware tray said to date back to the 7th century BC. It is possibly not the oldest tray still in existence, but it does show us that the tray concept is very old indeed.

Salvers were used in 17th century England which were flat silver serving trays. They were used to serve royalty with food and drink, but a small piece would be tested for poison before the rest being ‘saved’ for safe consumption. Salver comes from the Latin word ‘salvare’ which means to save. The salver had no handles with many designs including the addition of feet. 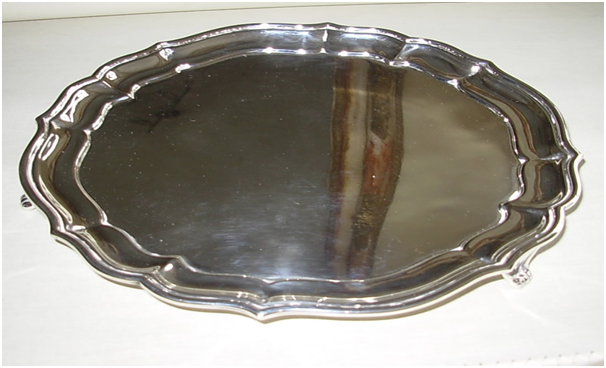 By the 1800s, trays that had previously been oval in shape with loop handles were being designed to be sturdier. This was in part due to the increase in popularity and availability of tea and coffee and their heavy serving accompaniments.

Metal trays were used in Russia with a strong tradition of hand-painting and lacquering the trays as folk art. They were made in the Ural Mountains and commonly featured flowers, fruit, folk scenes and landscapes. Each tray was produced by a master craftsman with edges that were hand-turned.

Papier-Mache trays were made during the 1700s and 1800s throughout Europe and Asia. Materials could be molded together and baked to form a solid tray, such as paper, chalk and glue. More expensive options included trays inset with mother-of-pearl and many featured intricate designs of fruit and flowers.

Melamine is a fairly recent material to find it’s way into our homes. Products made from melamine were popular during the 1940s to the 1960s in America due its contemporary look and durability. A lightweight and easy to clean material, melamine was used greatly by all armed services during the Second World War. They were also waterproof so useful as trays on ships.

Inspiration Celebrities!
5 Effective Tips and Tactics for Negotiating the Price of a Used Car