How Advertisers Can Make Use Of Data On Smartphones Consumer Behavior

Smartphones have dominated the lives of people in developed and developing countries worldwide. They have become indispensable, so much so that these devices are serving as a means of communicating with other people, a source of entertainment, and a means to attain pertinent information. If there is an available Internet connection, customers are now readily accessible to manufacturers and service providers via these devices. Reports indicate that 80% of smartphone owners never leave without the device on their hands. These portable computers allow people to do many of the things that they want where and when they want to do it.

People with purchasing power are spending a lot of time online. They may not be buying items for sale all the time, but they are browsing products that pique their interest, which could lead to a future purchase. Because more and more people are electing to shop using the Internet, advertisers are keen on maximizing the potential uses digital technology. This mindset has already led to the expansion of online advertising in the past few years, particularly with regard to ads that are created for mobile platforms.

According to recent data, there is a rise in the number of people who are using smartphones as the point of purchase. In fact, a survey revealed that around 62% of people who own smartphones buy something with the device once a month at the least.

In the meantime, about 96% of individuals who own smartphones use the device to surf the Web for specific information. Meanwhile, 35% of users use the available functions on their smartphone to compare prices. There is no question that smartphone behavior is influencing the end-decision of whether they will purchase a specific product or not. 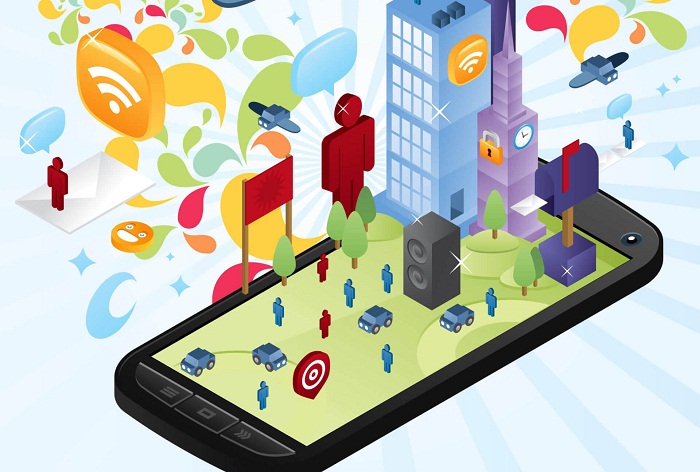 The dependency towards smartphones

People are becoming increasingly dependent on smartphones, which not only serve as a tool that connects them with other people, but also as a device, that offers them convenience. It has been demonstrated in studies involving a specific sampling group, such as for instance university students, that a number of factors, including social influences, social needs, and convenience, governs the dependency on smartphones.

Various studies are currently being conducted on this topic, particularly how smartphones affect consumer behavior. Smartphones are relatively new compared to other media and communications technologies and because a large number of the population has adopted it, it is important to investigate how it affects human behavior. The results have a wide array of applications, and especially useful in the determination of mobile marketing strategies that have the most impact on the buying public.

Online advertising expert Edward Azorbo predicts that smartphones will continue to play an integral role in the evolution of the business landscape that is now proliferating inside the Web environment. We should take a closer look at the kind of information that is now being utilized by advertisers in order to arrive at a better understanding of the marketing methods that provide the best results. It is within our interest to explore further, how current data on smartphone consumer behavior can be used by advertisers to further drive returns for their company’s products and services.

Painfully enthusiastic?
How Facebook is Changing Business Pages in 2017