One of the finest scaffolders that ever lived

You might have heard of Michelangelo. He was an accomplished artist and engineer in a time when both of the disciplines were often combined. One of his biggest commissions was by an incoming Pope to do a little painting job for him. This was the Sistine Chapel. It would end up taking him four years and a serious pain in his neck. If only he had access to the Scaffolding Essex based firm of https://www.bgscaffolding.co.uk/scaffolding-essex/. They could have put some up for him very quickly. Instead Michelangelo had to do it himself. 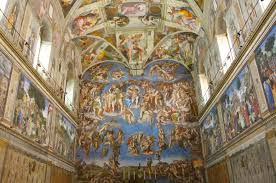 From the accompanying pictures you can tell that Michelanglo totally threw himself into the project. When Pope Julius asked him to do it he only wanted the twelve apostles but, as can happen with any contracting job, things started to spiral. Michelanglo negotiated a much bigger job saying that as he was up there he might as well fill the ceiling with images. The Pope agreed and Michelangelo was free to do whatever he liked. 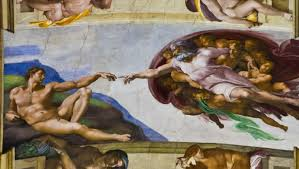 The story of Moses and Genesis are some of the most prominent scenes. The detail is amazing with Michelangelo also adding perspective pillars. This gives the impression that they are part of the building and were a huge influence of the work of Rex Whistler. Seraphim. Cherubim, nudes and clothed figures all adorn the ceiling. At one point the artist had to lay flat on his back on the scaffolding as the pain in his neck muscles was becoming too much.