Get Planting on your Roof!

Have you ever heard of a green roof? That’s not just the colour but means a rooftop covered with lush, green vegetation. These green or living roofs as they’re sometimes called have a partial or complete covering of foliage planted on a waterproof membrane. Fancy having one of these? They’re more popular than you think!

What are the benefits?

They provide a wonderful habitat for all kinds of wildlife, which is especially important in built-up urban areas. Green roofs are also brilliant for absorbing airborne pollutants, easing pressure on sewer systems by retaining rain instead of causing run off and helping to prevent a rise in temperatures often experienced in high-rise areas. While you may not be ready for planting on your own roof, it might be time for replacing some old fascias. For UPVC Fascias and Soffits, visit absolute building plastics 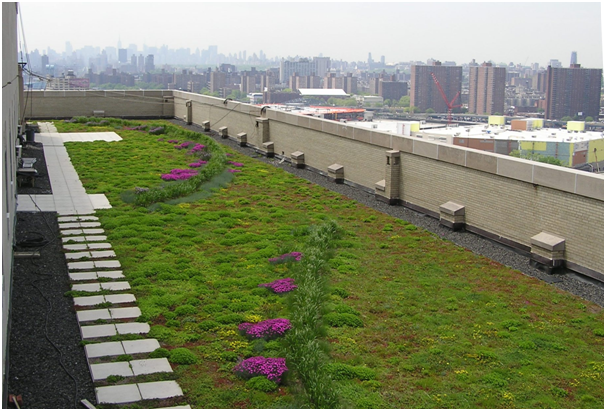 The concept is catching on and in the United States many cities are offering financial incentives for having a green roof. Over 17.5 million square foot of roof in the U.S is now considered to be ‘green’. They are wonderful for wildlife and the environment but also serve another purpose. In an urban area where the buildings can look drab and there’s concrete everywhere, green roofs look highly attractive. Here are some of the most impressive in the world today:

The California Academy of Sciences Living Roof – This is one of the best known green roof sites and is located at the science academy in San Francisco. They use their green roof for various purposes including installing a weather station to monitor temperature, wind and rain levels. The readings are used to adjust the building’s automated internal systems like skylights and temperature. The roof contains a staggering 1.7 million plants surrounded by solar panels.

The Nanyang Technological University – This stunning green roof is found on the School of Art Design and Media and slopes at a 45-degree angle. The space is also used as a communal outdoor area for staff and students but also acts to keep an ambient temperature and prevent excess heat during the day. A pond was installed in the centre to further cool the atmosphere. Underneath the grass is volcanic rock, sand, pumice and a waterproof matting. Rain is retained and used in sprinklers on the grass to keep it lush and green all year round. 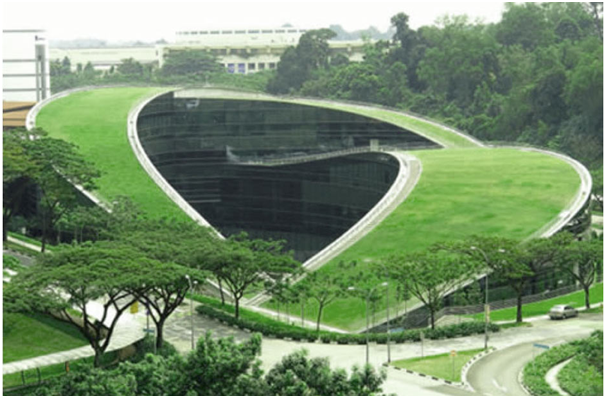 Chicago City Hall – This green roof has been around for a while and was one of the first planted as a demonstration of their benefits. The roof holds over 20,000 plants of more than 150 species, specially picked for their durability in a rooftop location. The garden helps to conserve energy, reduces water run-off, improves city air quality and lessens the urban heating process. There is no reason why a garden roof can’t be effective in any climate as long as the plants are chosen carefully. The plants chosen for the Chicago roof were those used to windy, arid and exposed locations.

Did you know you could already speak French?
Decorate your garden at Christmas