When it comes to finding the perfect underwear to help them feel and look their best, many women will admit to having their favourites. Whether it’s the classic brief, sexy thong, comfy boy short or sophisticated French knicker, most ladies have a “go-to style” in the lingerie department. And now, it seems, so do men. 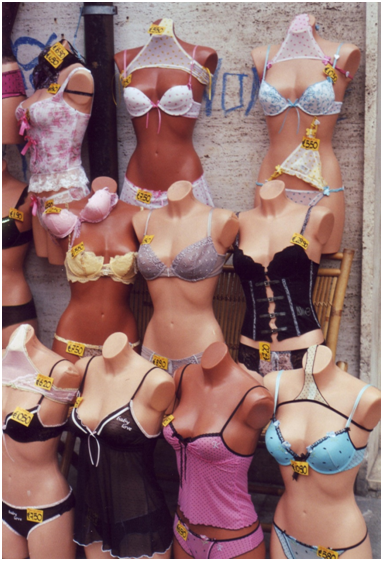 Recently, The Huffington Post teamed up with AskMen.com in a bid to discover their preferences when it comes to the opposite sex’s undergarments.

After compiling survey results from over 2,700 men, the results were very interesting indeed.

Push-up Bra Comes Out On Top

Perhaps unsurprisingly, of the men surveyed, 31 per cent preferred to see ladies in cleavage-boosting push-up bras, such as the one in the Prima Donna Deauville brief and bra set. Almost half of those quizzed claimed they love the effect push-up bras give, “even if it’s not real”.

Following in close second, with 31 per cent was the flirtatious bralette. And while 10 per cent of men claimed to have no preference when it came to bras, only four per cent opted for the practical sports bra as their favourite style.

Again, it is hardly a huge surprise that the majority of men cited the bottom-baring thong as their favourite style of underwear on a woman. Following up behind the thong was the cheeky brief, like the Prima Donna Deauville brief, which gained 34 per cent of the vote.

Astonishingly, men were not a fan of women going commando, with only four per cent of respondents citing no underwear at all as their favourite “look”.

A Happy Woman Is a Sexy Woman

Reassuringly, of those who took part in the survey, 92 per cent of men said that it wasn’t a deal-breaker if a woman’s underwear wasn’t to their liking. On top of this, despite revealing they had no idea how much women’s underwear actually costs, 68 per cent of respondents said they’d buy their other half lingerie in order to make her feel sexy rather than to suit their own tastes. At the end of the day, it’s more important how the woman feels in her skin than what the man thinks of her underwear.