The science behind female arousal

Did you know that there are four stages to the female orgasm? Here we take a look at the physiology of arousal, in other words the physical things that happen when we’re having fun in sexy ways! Sexual activity actually causes some stress on the body both emotionally and physically and the body reacts by increasing heart rate, respiration and blood pressure. Veins can also constrict during the first stages of sexual arousal which can result in some women developing a blotchy, uneven skin tone while they entering the sexual excitement stage. Some women will notice that blood pumps to the genitals and there can be swelling within the clitoris to the point where it can elevate noticeably. There may also be slight swelling in the breasts and the nipples may become erect. 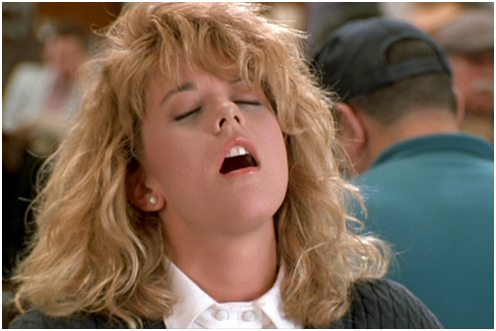 These processes can all occur in just seconds and vaginal lubrication, which results from a vascular engorgement of the vaginal wall, can occur sometimes as quickly as 15 seconds after the start of sexual stimulation. Studies have also shown that due to blood rushing to the area, the uterus enlarges slightly and can even change its position in the pelvis. Arousal certainly isn’t all in the mind! For Online sex toys, visit http://sexcite.co.uk/.

Stage two of sexual response is known as the plateau and is a continuation of the excitement stage. The plateau represents the peak of arousal and is the body’s maximum response to the situation. This is where the third stage begins and is the wonderful orgasmic stage. Unfortunately it is the shortest phase but is the most intense event of arousal. Scientifically, during orgasm, some of the vaginal and perineal muscle fibres contract.

When women reach orgasm, it is normally the result of stimulation of the clitoris and most women will agree that the two most important things for achieving orgasm are the clitoris and her state of mind. It is the case that for most women, achieving orgasm was something that was learned and, unlike the orgasm for men, a woman can achieve various levels of orgasm. Women do not become unresponsive to stimulation even after sex, unlike the male, and can carry on having multiple orgasms. This is fairly rare however as many women will agree that after the first orgasm, the clitoris becomes painfully sensitive to the touch.

Resolution is the fourth and final stage of sexual response. As the name implies, this is the point when the body returns back to its non-aroused state. As a result of blood draining back away from the area, the labia return to their normal colour, the vagina constricts back to its usual size and position and the clitoris resumes its normal size. All this is thought to happen straight away after sexual activity has finished.It is thought that, as a result of blood draining from the genital area, the labia turn back to their normal coloration and the vagina returns to its normal size and position. Understanding the female orgasm is important and will help both partners enjoy sex more.

Sorting your gift list
A Healthy Spring Clean: Tips for a Healthier Lifestyle This Spring